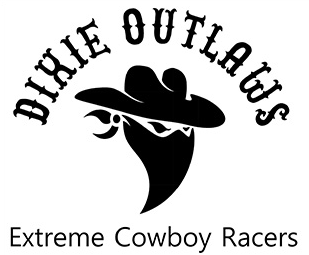 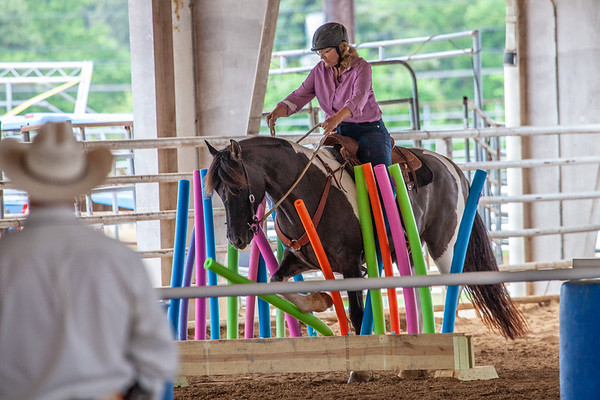 The Extreme Cowboy Association helps riders build awesome relationships with their equine partners, find holes in their training and propels them to be the best partner they can be for their horses. Below are profiles of a few of the members:

Dennis started riding at age 50 on a Tennessee Walking horse named Show Boy in 1995. In 2000 he purchased Show Boy’s half-brother Threats Dark Reflection, aka, Cole. Dennis rode Cole on trail rides in Minnesota, North and South Dakota, Wyoming and Wisconsin. Dennis retired at 62 and moved to Crossville, Tennessee, and discovered the Extreme Cowboy Association. He was instantly hooked!! Dennis is a 3-time World Hi-Point Champion in the Extreme Cowboy Association and has earned many State and Regional championships. Dennis was inducted into the EXCA Hall of Fame in 2018. He is quick to say the real hero of his EXCA adventure is his horse, 19-year-old Tennessee Walking Horse Threats Dark Reflection, and he has traveled all over the country with him. Never had a sick day in his life, never complained, never quit and is always ready to go again.

Sherry started riding 12 years ago at the age of 48 on a 16.2 hand Tennessee Walking Horse named Kody who was 5 years old. With Kody, Sherry participated in trail riding and ACTHA trail competitions. In 2014 she found her EXCA horse, TC’S Stormy Surprise, aka Stormy, who is 13.3 hands. Their very first EXCA event was in Belvedere, Tennessee, in 2015.  Sherry was instantly hooked. Stormy is a 14-year-old Rocky Mountain horse, and they traveled 20,000 – 35,000 miles each season for 3 ½ years competing in the EXCA and the World Competition, placing 8th in the World. Sherry recently acquired a four-year-old Mustang named Lumpy.  She is looking forward to their journey together over the next few years within the EXCA organization.

Michael started riding 12 years ago at the age of 44 on a seven-year-old, 15.2 hand, Tennessee Walking Horse named Stonewall's Silver Dollar, aka Stoney. With Stoney, Michael participated in trail riding and ACTHA trail competitions until he found the Extreme Cowboy Association. Their very first EXCA event was in Belvedere, Tennessee, in 2015.  Michael was instantly hooked, and even though he was an extremely green rider, he kept on trying.  With determination, focus, and training, he is now one of the best non-professional riders in the EXCA. His horse, Stoney, at the age of 19, was inducted into the EXCA Hall of Fame in the 2018 season. Stoney always looks like he is enjoying his role in the arena during the competitions. He is an exceptional gaited horse who competes with the best quarter horses in the EXCA. Michael’s journey with Stoney has not always been easy and he takes great pride in their special relationship.

Gregg is a retired Locomotive Engineer. He began competing in the EXCA in 2016.  Gregg rides a nine-year-old quarter horse named Boomer's Double Doc which he purchased in August 2017.  In 2018, Gregg won the Kentucky State Championship in Novice and the Georgia State Championship in Novice. That year he also placed 5th in Novice at the National Championship and won Novice Reserve Champion at the Legends Cowboy Classic in Kaufman, Texas. In 2018, Gregg became the EXCA World High-Point Champion. Gregg competed in the 2018 EXCA World Championship riding Boomer's Double Doc finishing 6th place out of a field of 37 Novice riders. Gregg's motto is “With God, All Things Are Possible.”